hello
its complain about genessee mocking me and a bit lied in reason of ban.
here ahelp clog:

its happened just now, so here how it was.
i killed two guys in brig cell, as sergeant, while them were trying to break free of cell with tools. first of all there was alarm about hive and all IH gone to deal with issue with lieutenant. before that all power on brig gone. so I sitting in dark there, with 2 prisoners in cells. one of them trying to get off cuffs. then third person jumped from somewhere above right in cell and hide in locker, but i noticed him already. i called back up. while that guy got our from locker and start to remove windows to another cell, with another prisoner. i took my stun gun and start to shoot him. that not stoped him. i called for back up again - no answer (right before that operatives said over radio that lieutenant dead). then that other "guest" start to remove window to escape from cell to me. i took my gun with already lethals in it (lieutenant order us to arm themselfs right when hive alarm triggered) and start to shoot them in cell (point that his device in arm looked like weapon for me, thats why i start shooting him... i then realized that this possible was something else, maybe). well anyway they both were technomancers and looked same. i wasnt sure which one is "guest". specially when others officers arrived in a while, second guy in cell was again hiding in locker and officer got in throught window and then second TM opened locker, and officer falled and start shaking - i killed another one. all my exp at this server telling me that IH always dealing bad with all, killing them and so i thought its about lore here... im playing ss13 about 10 years and of course know rule about killing without real reason. but on that server its happens quite often - all armed, shooting quite often happens. i thought its about lore, like factions war, IH security brutality and so on. so they both dead, lying in cell. its just explanation about why i was job banned for week, not ban appeal. so after admin contacted me. he said that i murdered without reason, as i suspected. so he job banned me from IH for week. well its ok, cuz i, indeed, killed them, BUT not for vandalism, as he said, but trying to prevent organized escape from brig cells with help of outsiders. that first his mistake. second - i agree with him that i not right and he start to mock me about he will also give me ban for day if I want to... i said him "do whatever you want", what else i can say to him? so he done what he desired, but thats was mocking. and of course that mocking pissed me off, so i told him, that i will say about it in all ss13 social groups, cuz i dont like when peoples using their position to mock others, that how it was. third, he typed in reason a bit lie then:

he said i start to threating him with clog to ahelp after jobban! i cant see where im threating him with ahelp clogs? that lie. its him who start to threaten me - "If you'd like to clog ahelps, I can just ban you for the rest of the day". seems its not me threaten. also its nothing bad about to tell others how admin threat players. i just said that i will report every IC murder by IH to him via ahelp, same as he contacted me when i killed both guys. not cuz im not agree with that, but because when IH killing other folks is fine, but when i killed both culprits, as IH - its against rules. for time i playing that server, IH quite often ruin my game with killing my mates from my department, without minor reasons (specially when there not enought peoples in department. thought its like department wars). there even was situation, when they dont want to give up back NeoTheology highest rank member (at that round it was acolyte) body back. and after long discussions, they returned body without head and cruciform, while its belongs to NeoTheology. and even captain ordered to return it, but they werent give a shit.... anyway, i wasnt threating him with any clogs or so.
i playing quite a while to not agree with that killing ban (it just my wrong seeing of server lore, i guess). of course i will now report every killing by IH, as they was doing always on this server and i saw only IC complains. its just shame that after my wrong understanding of servers lore i got week jobban, BUT mocking in my address and also day ban! hope somebody will place him to where he belongs for mocking players...
Top

i killed two guys in brig cell, as sergeant, while them were trying to break free of cell with tools

Heya. Just wanted to poke my head in really fast - to clarify, this is not what happened.

There were three people, total - a technomancer that had gotten inside brig, and two more technomancers who were in custody.

Both prisoners were (obviously) unarmed and stripped of their equipment. You killed one of the prisoners (who, again, was unarmed) and the guy who was taking down the window to their cell (who didn't even attempt to attack you). You spared the last prisoner, mostly because they were in a different cell.

The biggest issue here was that you didn't even try to use nonlethals before killing these guys, despite them having showed no intent to harm you. Had you tried to stun and cuff them at first only to get shot at, you would have been in the right to turn to lethals. But you didn't, and instead just instantly wiped the floor with them because you thought they maybe possibly could have been armed. Maybe.
Top 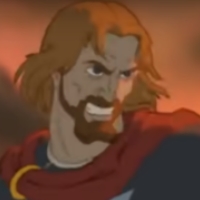 My dude, unless you are sleeping with project leader then there's never any reason to act confrontational towards admin staff. It never helps your case, and always pays to act civil when you want to dispute bans. Take this hint for the future. Question whether or not the initial ban was justified (personally I dont think it was needed since there was loads of IC grey area in this situation, but I wasn't the one handing the ban) gets completely obscured when you start being spiteful and yell that you gonna spam the ahelps and throw filth at us on other ss13 communities, and it makes us bias against you, especially when you come after and continue to salt the earth and insult Genesse on the very begging by claiming he's badmin. We see the ahelps, we can check the logs, and we can make our own judgement. Personally I feel the 1 day ban is justified. Take some break, calm yourself, server will be running tomorrow so you'll be able to play anyway.
Top
Locked
3 posts • Page 1 of 1