I have NEVER seen this admin before today but in the short time i've known him he seems like he either has a personal grudge against me or just generally looks for reasons to ban people. i'll leave my first encounter with him out of this post but the second encounter truly outlines my experience with him. So to start, about mid round i joined as miner and when i got in guild some guy was shooting 3 fellow guildies who were trying to disarm him. Seeing my fellows in danger but not really having a weapon i stand back until they knock him down, so i go in and he gets up while shooting me full in the chest, i stumble out and 2 IH run in (one being the LT) and they mag dump him. eventually they run out of ammo and the guy slumps to the floor dying, i run up beheading him and then i take his gear. 20-30 mins later at round end i suddenly get a admin pm from dokter asking why did i shoot (insert guys name), i ask him if he's sure because i only got a gun 5 mins prior and havent shot it until i got shot at in pods by excel. He adamantly sticks by that i somehow shot the guy whom is also apperantly a "innocent man", so i ask what does the log say? (insert me cleavering the guy). So out of the literal 5-7 people that shot and beat this guy he admin dms of all me of all people literally 20-30 mins later. Maybe this is just me but this admin displays absolute ban hunting behavior and tends to confuse actual rule breaks with IC issues.
Top

So out of the literal 5-7 people that shot and beat this guy he admin dms of all me of all people literally 20-30 mins later.

Why do you think I pmed you 20-30 minutes later? Maybe because I was pming every other person who took part in that?

I did not pm you specifically either, infact I was somewhat surprised when I saw your name again. This wasn't ban hunting too, out of all people in that situation only 2 were warned and no one was banned, I pmed everyone else, including you, to find out details and to see your perspective during the situation.
Top

Its still exremely silly, in my personal opinion your admin style mixes in far too much with the players not to mention how aggressive you are about finding reasons to ban or warn people. “Finding reasons to ban and warn people” is exactly what you do, during that entire ticket you were accusing me of killing a innocent man ect ect instead of even asking for information (A rather embarrassing addition to that is the fact that you said i even “shot” him before i owned a gun). While punishing and finding people who actively try to make other people’s rounds terrible is a good thing i just think this is a extreme of that, which is safe to say not good especially if you handled all the other tickets like mine where you actively accused the ticketed person instead of actually asking for anything. A large portion of eris revolves around lies, deceit and sometimes even blatant incompetence, panic or confusion, you simply cannot go punishing people every time they make a questionable IC choice or do something as a part of mob justice or even a lie they heard.
Top

First of all, no I do not hunt for bans and warns. I am sure that other staff members can confirm that I quite rarely ban people and usually I give them the least punishment possible, thinking they will learn their lesson.

I did not accuse you of murdering an innocent person, I informed you that you took part in murder of that person, then I asked for your point of you and your motive in that situation.

I mistakened you being shot at with you shooting at someone, at the first glance it looked like you shot at someone, as well the victim said he was shot at by 2 different miners/guild technicians. I understood my mistake later and instead sent you the log of you cleavering the guy.


if you handled all the other tickets like mine where you actively accused the ticketed person instead of actually asking for anything.

Again, I asked for your point of view, I did not accuse you.


you simply cannot go punishing people every time they make a questionable IC choice or do something as a part of mob justice or even a lie they heard.

The situation you are talking about happened because 1 person confused a guild technician with a robber and shot him, others, including you, followed him and started killing that person. Out of the whole situation only IH commander, who started shooting without trying to figure out what the situation was, and the miner, who shot the guild technician in the first place were warned, everyone else, including you, was question to see if you are guilty as well. You were not since you all just followed the first person while thinking that he was right.
Top 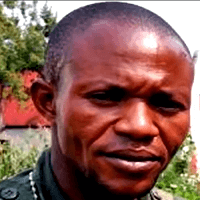 Imagine accusing admeme in doing his honest work, smh. In my opinion Dok did nothing wrong from what I'm seeing so far. Yes most of the time IC situations remain in IC as long as it's not complete shittery, but this doesn't mean that rules are not going to be enforced one way or the other, even if we don't enforce the rules as hard and retarded as CM for example. Yes sometimes we actually ban people for doing stuff IC if we think that it's appropriate for the situation. I never saw Dok hunting for reasons to ban someone to be honest, and I can say pretty much the same about everyone else from the staff team. From my point of view someone is just very salty about the situation, but it's understandable. Still, I have no complains about Dok myself, as a member of the team that sees the stuff happen from the inside.

You’re not wrong, i am insanely salty, but not to the point of being unreasonable. I have been banned, bwoinked and noted before for good reasons and as a result i took it and accepted it. Sadly i cannot say the same for dokter, from my short experience with him he seems to blatantly accuse the people he tickets (not a overstatement if you look at his latest one with myself) and doesn’t have even half of his facts straight before he makes a judgement. I didnt go through all the trouble of making a account on forums and making this feedback post just for shits and giggles, i genuinly doubt his admining stance and abilities but if the powers that be decide he’s fine then so be it. As a added note he blatantly admin enforces “the agreement” which is a IC ruleset, in his ticket where he decided to revoke my IH privileges its pretty easy to see his biggest problem with the situation was that as a operative i executed someone without a captains go ahead rather than if was there a good reason to execute him which is actually related to a actual rule admins enforce. This will be my last reply on this feedback post as i don’t have much more to say about the situation than i already have
Top

Everything you just said I already disproved, but