Where were you banned:

metagaming and validhunting on inspector.I found the antagonist with the help of a red light from the PDA.

Your version of events:

Due to the fact that the decisive clue in my investigation was the seclusion of a person whom I suspected of treachery in the EVA of paramedics and the turning of his PDA red (what is the direct mechanics), which may indicate the entry into the uplink, and later the arrest of this person, followed by being in his PDA uplink, I received a ban for reason metagame and validhunting.

Why you think you should be unbanned:

On Cev-eris, there is practically no concept of metagame (Not taking into in OOC and IC), if you are not an engineer, no one forbids you to do engineering work. Everyone and everyone knows about the angels and how they machines work. (You can play idk for interest, but no one forbids you to throw out mind frier because you know what it is) and actually this is a completely game situation, if he dont be a antag, I would have received a reprimand, so I think that I did everything right. And validhunting? Really? I can't suspect the crew on inspector job, because I don't have a corpse?

Re: Pexel5 - Banned by Benblu

I would like to see Ben's thoughts on this appeal before I make a final decision for it.
Top 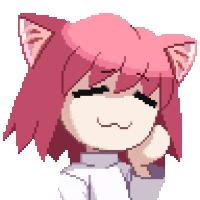 Re: Pexel5 - Banned by Benblu

Unbanned like long time ago but we also forgot to move thread to accepted.
Whoooooooops.
Top
Locked
3 posts • Page 1 of 1